While creating ReactJS apps, you probably don’t have to think too much about how to deploy them. ReactJS applications can be easily bundled in a folder, consisting of plain HTML, CSS and Javascript files. That should be simple enough to upload it to a S3 Bucket, host it on Github Pages or even integrating great services like Netlify or Zeit for fast and automated deployments.

But this week, I had the task of deploying a React app created with create-react-app on a VPS under a subdomain. I didn’t want to use stone-age FTP, I wanted to have an automated docker container with my app where I could deploy anywhere without much configuration.

I created a demo app with all the configurations detailed on this post. The code is available here

We start out by creating a Dockerfile on our project root folder with the following content:

On the snippet of code above, we are using a feature called multi-stage builds. It requires Docker 17.05 or higher, but the benefit of this feature is enormous, which I will explain next. On the first half of the script, we are building a Docker image based on node:12.2.0-alpine which is a very tiny linux image with node included. Now notice the as build at the end of the first line. This creates an intermediary image with our dependencies that can be thrown away after build. Soon after that, we install all the dependencies from my React app with npm install and later we execute npm run build to compile the React app optimized for production.

On the second half of the code, we create a new Docker image based on nginx:1.16.0-alpine which is also a tiny linux including nginx, a high performance web server to serve our React app. We use the command COPY to extract the content from our previous image called build and copy it into /usr/share/nginx/html. Next, we remove the default nginx configuration file and add our custom configuration under nginx/nginx.conf with the following content:

This configuration is very important for apps using React Router. Whenever you share a link to your React app, lets say, a link to /users/1/profile, this link tells the browser to request this path from the web server. If the web server is not configured properly, our React app won’t be able to render the initial index.html file containing our React application.
Using our custom configuration, we tell nginx to route all requests to the root folder /usr/share/nginx/html which is the directory we previously copied our React app during image build. We should not forget that React apps are Single Page Applications, which means that there is only one page to be rendered on the first request, the rest of the job is taken care by React on the browser.

We already have all the required code to build our Docker image. Lets execute the Docker command to build it:

When the image is built, lets check the size of the image we just generated with the following command:

Alright, our Docker image is ready to go on to a Docker Registry somewhere. One interesting thing about this image is that the size is only 22.5MB. This is really great for deployment because small images make automated pipelines run much faster during download, image building and upload.

Running our React app with docker-compose

What we need now is a way to run this Docker image. For testing it locally, lets create a file called docker-compose.yml with the following content:

Docker Compose will take care of building the image in case it doesn’t exist and also bind the port 8000 from our local machine to the port 80 on the container. Now open your browser on localhost:8000 and check if our React app is running there. You should see something like this: 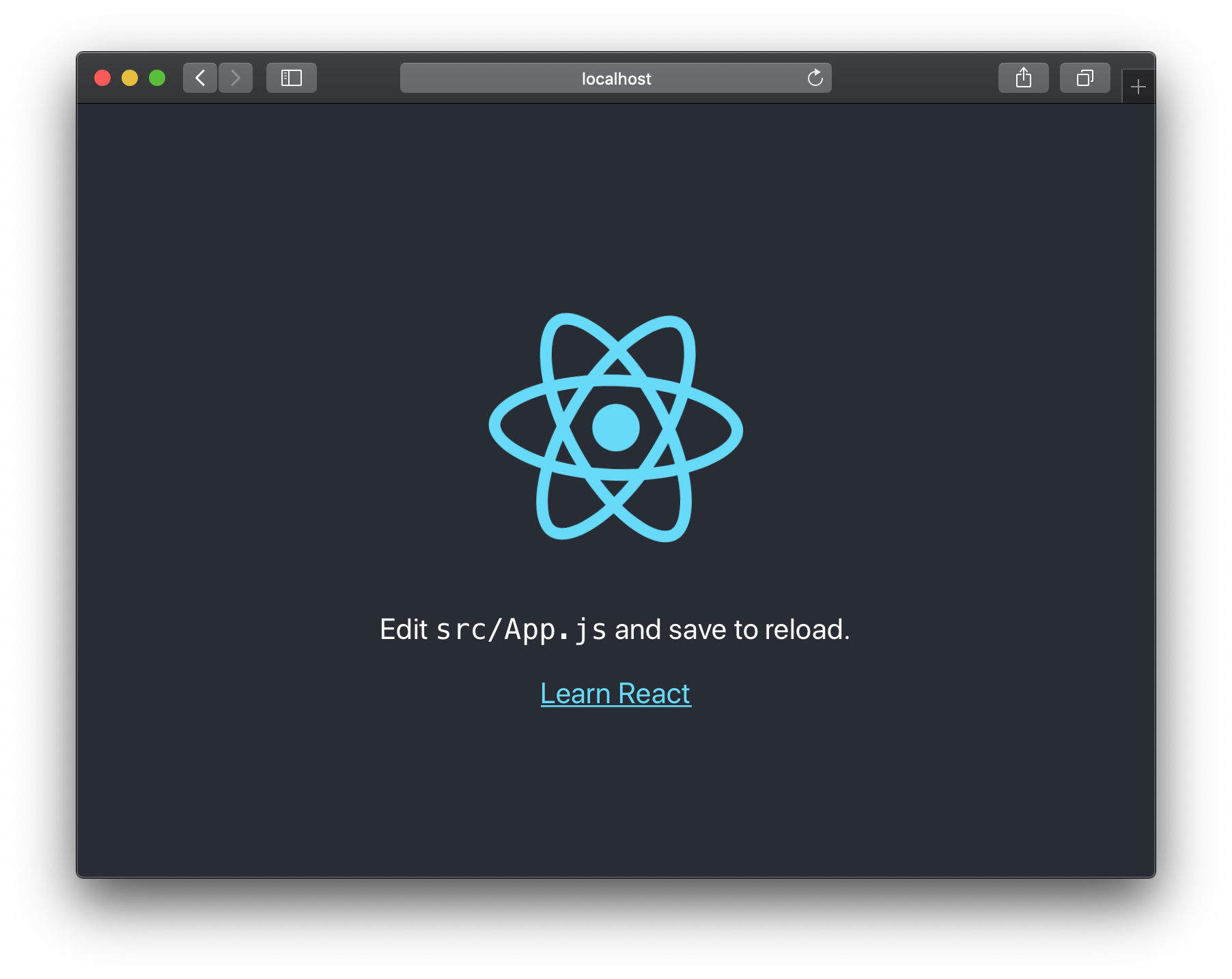 Running a React app with Docker might not be the best deployment, but if you need to run docker like in my case, it can be very simple and effective. This opens the door for a lot of automation pipelines you can hook up on the project like Github Actions or Gitlab CI/CD to automate your deployment process. You can find the code of this post here.